The Hammer & Anvil Blog is the personal blog of Sebastian E. Ronin, President, National Synergist Party of North America. The opinions expressed herein may or may not reflect the theory, ideology, constitutional foundation, and policies of the NSPNA. Collapse is both tomb and womb. Green and White unite. Win first, fight later.

Archive for the category “Rodney Martin” 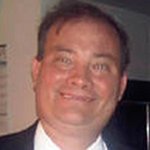 Carolyn Yeager has hopefully plunged the final stake into the political heart of one Rodney Martin. The Amerikan “Trashnationalist” scene hasn’t witnessed a clown like this since the heady days of JT Ready. Ms. Yeager’s cutting to the bone of Mr. Martin’s antics and buffoonery compliment and run in parallel to our own efforts here and here.

To cut a long story short, Mr. Martin steals and lies like a fucking rug. He is simply a run-of-the-mill Nigger. The truly sad thing is that the Rodney Martins of the Amerikan White Nationalist “leadership” cosmos are not the exception; it would seem that they are the norm.

THA ROD is now perfectly positioned. Either he gets buried 100 feet under or he becomes the face of Amerikan White Nationalism, with possible support coming from William Johnson and the American Freedom Party, i.e. merger between the American Nationalist Association (cough) and the AFP. Personally, of the two I like the latter option as it carries tactical dimensions and assets for Ethno Nationalists and, well, it would be just plain old fun. I have no qualms if THA ROD takes Amerikan White Nationalism down with him; he is left punching air.

Next up? The New Right Gay Ghetto. As Mr. Martin has called for a Night of the Long Knives, surely he will not mind going first under the blade, but it is the goosestepping (Not to be confused for “goosed”…Wait!) gay boyz who will make for some exceptionally interesting cuts.

My ethnicity and my direct heritage are sacred. The next time THA ROD wishes to publicly call someone a “fraud”, he may wish to think twice about it. But then again, to expect more from a Nigger is unrealistic.